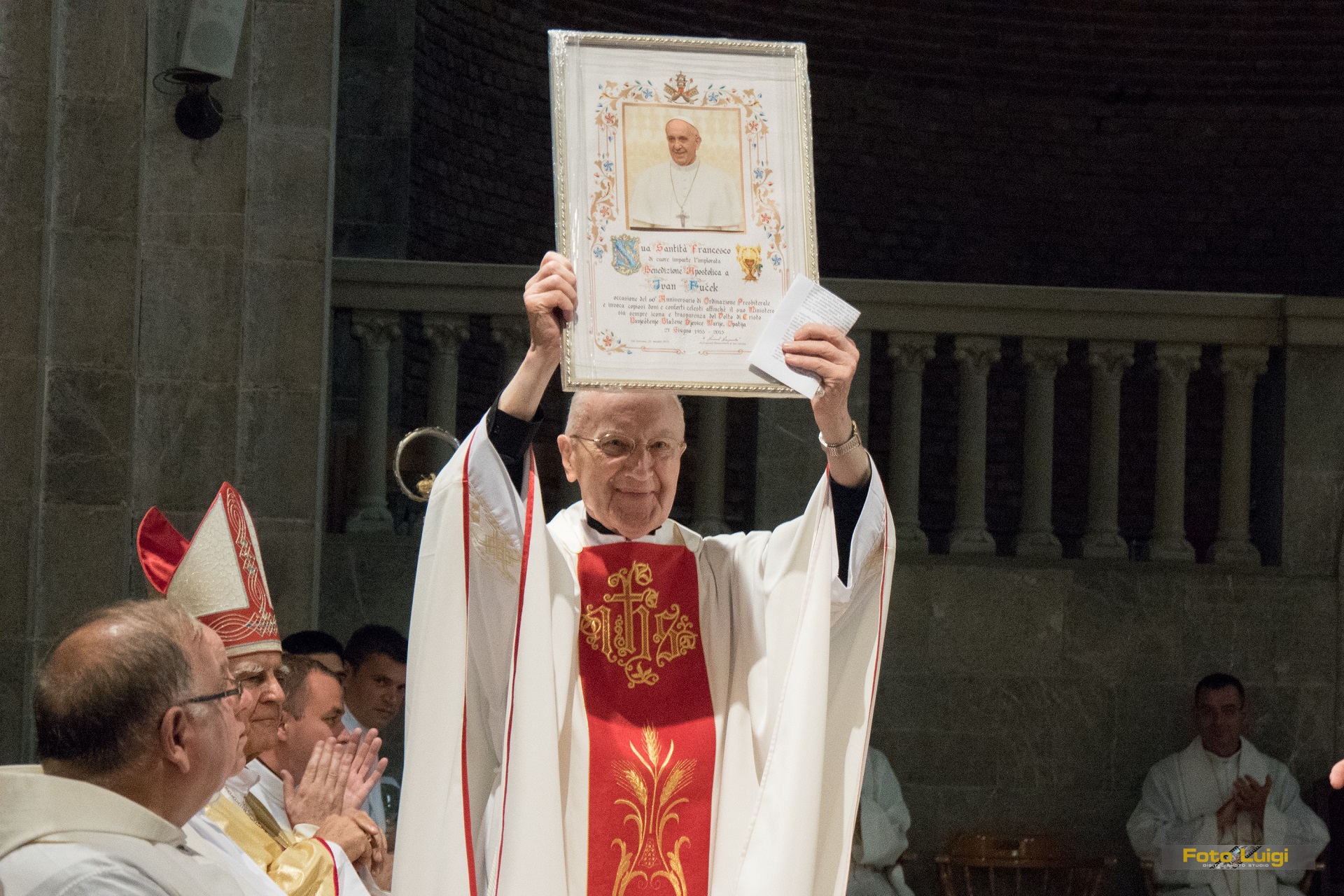 Father Fucek was born on July 1st 1926 in Đurđevac, Croatia. He entered the Society of Jesus in 1944, was ordained a priest on July 30, 1955. After his previous studies in Philosophy from 1947 to 1950 and in Theology from 1952 to 1956 at the Filozofsko-Teološki Institut (Družbe Isusove) in Zagreb, he obtained the Licentiate in Theology in 1958 and subsequently a Doctorate in 1960 at the Theological Faculty of the Catholic University of Zagreb with a dissertation entitled "De activitate pastorali-missionaria P. Georgii Mulih SI (1694-1754) ".

In 1960 he began teaching Theology at the Filozofsko-Teološki Institut (Družbe Isusove), of which he was appointed Dean from the same year until 1962. In the same year he was appointed Provincial of the Croatian Province of the Society of Jesus. In 1976 he exercised teaching also at the Theological Faculty of Zagreb and, two years later, he was appointed Dean of the Filozofsko-Teološki Institut (Družbe Isusove) for a second term, until 1982. During this period, P. Fucek took care contacts to obtain the affiliation of the Institute with the Gregorian Faculty of Theology, approved by the Congregation for Catholic Education in 1981.

In 1980 he was called to the Gregorian as Invited Professor of Moral Theology. In 1982 he received his final destination at the University where, in 1983 he was appointed Extraordinary Professor and in 1984 Full Professor. Became Emeritus in 1997, he left the Gregorian to return to the province in 2011. During his long academic career, among the various activities carried out, Fr. Fucek was a member of the Commission for the Clergy at the Yugoslav Episcopal Conference, Member of the Commission National Theology at the same Episcopal Conference, and member of the International Theological Commission. His service to the Apostolic Penitentiary of the Holy See from 1995 to 2010 was particularly valuable. In 2010 he was appointed honorary citizen of the city of Đurđevac, Croatia.

More than prolific author, P. Fucek has mainly dealt with topics related to moral and spiritual aspects in the fields of bioethics, religion, the impact of economic development, man's relationship with God and the Church, relationships interpersonal and family.

The funeral will take place on January 15 at the chapel of the Mirogoj cemetery in Zagreb.
In entrusting him to the Lord, we remember with affection and gratitude his service to the Church, to the Society of Jesus and to our University.