Robert Bellarmine in the Historical Archives of the Gregoriana

Director of the Historical Archives of the Pontifical Gregorian University

drawing on its ancient manuscript holdings. With the opening

of the web platform Gregorian Archives Text Editing (GATE) in 2017,

the Historical Archives advanced the creation of the Monumenta Bellarmini,

The Historical Archives of the Gregoriana is launching a set of initiatives to mark the anniversary of the death of Robert Bellarmine (1542-1621), drawing on its ancient manuscript holdings. With the opening of the web platform Gregorian Archives Text Editing (GATE) in 2017, the Historical Archives advanced the creation of the Monumenta Bellarmini, based on the tradition of the Monumenta of the Society of Jesus, while simultaneously offering a constantly growing collaborative environment.

A selection of the published and unpublished works of Robert Bellarmine preserved in the Historical Archives, along with the collection of letters Epistolae Bellarmini Cardinalis, can now be consulted through GATE. The collection of letters written and received by Robert Bellarmine after his appointment as cardinal in 1599, preserved in libraries and archives in Italy and abroad, was started by Xavier-Marie Le Bachelet S.J. (1855-1925), then increased by Sebastiaan Peter Cornelis Tromp S.J (1889-1975) and, in the final phase, integrated by other Jesuits, including Fr. Miquel Battlori, Fr. Joseph Grisar, Fr. Vincenzo Monachino and Fr. Gustavo Galeota. They completed the epistolary collection, yet it remained unpublished.

The prime objective of Monumenta Bellarmini is to make available this huge collection online, so far consulted only on an ad hoc and limited basis. The transcription of 2,604 typescript letters and detailed metadata of 628 documents is now accessible via the dedicated project web page.

The project, which is still in progress, aims to provide lines of research on a documentary corpus in the discursive epistolary format. Digitisation and transcriptions of the records of this correspondence will facilitate additional research. More specifically, it will enable the analysis of some distinctive features of early modernity that may contribute to a more comprehensive understanding of our present day. Bellarmine’s writings will thus contribute to identifying the distinguishing features of the social system at the time, with the aim of defining the episteme of early modernity understood as a body of discourses, institutions, laws, rules, philosophical and scientific statements. In short, a network of mechanisms or conditions that gave rise to a new set of discursive and taxonomic practices.

The research will not only focus on the letters. In fact, a collection of over 30 manuscripts, most of them handwritten, is preserved in the Historical Archives, which will be the object of detailed cataloguing. These include six handwritten and elaborately annotated volumes of the Disputationes de controversiis Christianae fidei adversus huius temporis haereticos, considered one of Bellarmine’s fundamental works.  The unpublished works include a small treatise on Genesis (APUG 385b). Thanks to a collaboration with the Universidad Católica de Córdoba, José Luis Narvaja S.J. (Instituto Thomas Falkner S.J.) has recently completed a critical revision of the texts  Index haereticorum and De scriptoribus ecclesiasticis liber unus.

Some envisaged research lines to study the Monumenta Bellarmini are as follows:

º Researches on the reasons that prevented the monumental work of Fr. Le Bachelet from being published. The Epistolae Bellarmini Cardinalis collection of letters was created in view of the canonisation process and owing to the widespread interest in Bellarmine’s theological positions at the time. While this unfinished work signals a discontinuity in terms of interest in the figure and work of Bellarmine, it also reveals a change in the appreciation of this heritage.

º Bellarmine’s correspondence contains numerous references to the book market as a whole and could serve to analyse certain phenomena involving the publishing world, such as relationships within the book market, censorship (political or religious) and interpretative practice.

º The  Bibliographia Bellarminiana aims to explore the state of the art of Bellarmine’s related publications. This study will be carried out starting from several observations on his figure published during the last four centuries of historiography. All 743 bibliographic entries inserted to date can be consulted starting with the entries in the Bibliographie sur l'histoire de la Compagnie de Jésus 1901-1980 (Rome, Institutum Historicum S.J., 1981-1990) by László Polgár, and those collected in the annual bibliography published within the Archivum Historicum Societatis Iesu.

These lines of research will be implemented by working on the GATE platform, a collaborative environment where all interested researchers can give their contribution to the transcription and annotation of documents or by proposing new lines of research. Transcription and metadata activity may also be the object of internships with university students. 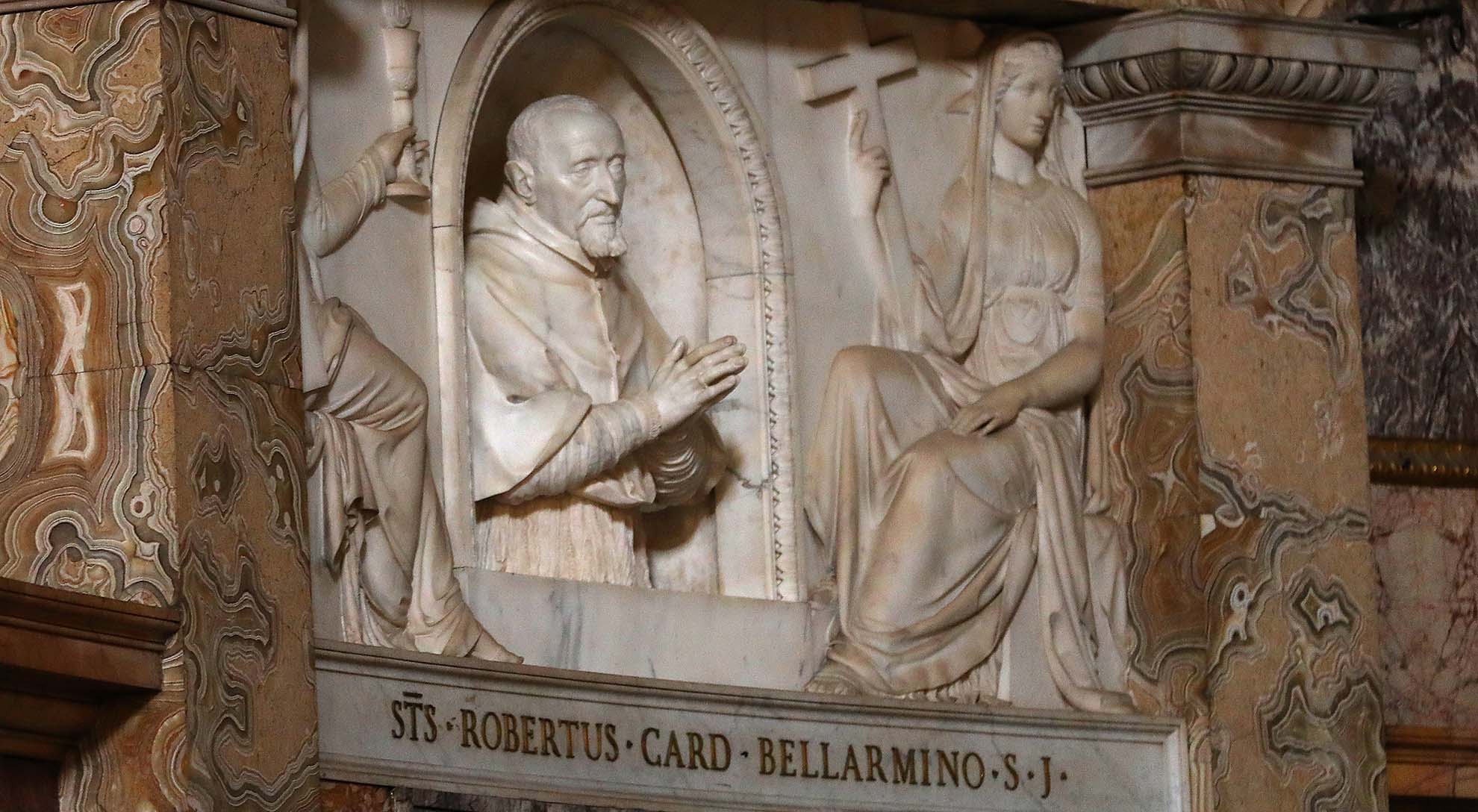